These devices not only provide security but also enhance the outward appearance of your property. Motion sensor lights will come in handy in places where it’s unpractical to install light switches.

How Does Tomographic Motion Sensors Work?

Tomographic motion sensors detect movements via radio waves. If a homeowner wants a motion detector that can detect even the slightest movements of doors, walls, and tiny objects, tomographic sensors are best option.

Once the transmission of the radio wave is disrupted, the sensor will detect movement. They are one of the most expensive motion sensor lights in the market. So they are usually used in large facilities like warehouses, storage areas, and stadiums.

Based on the type of motion sensor light you are going for, the sensors will use microwaves, sound waves or infrared energy in detecting movement in your property.

If your motion sensor light works with infrared energy, it means that the light emits passive infrared energy (PIR). Sometimes, these lights may be equipped with pyroelectric sensors, which operate by detecting the heat emitted from humans.

Away from the physics of motion sensor lights, they are quite straightforward devices to use. The electrons emitted by an infrared light will collide with a substrate, just like that of the body. This collision is then calculated, and scientists can determine the movement patterns of humans when the electrons bump.

The level of energy motion sensor lights are filled with makes them only able to detect rapid changes. So if you walk or run, you will be detected. But if you remain still, the infrared energy will not be able to pick up and transmit any signal to the light, which means it won’t turn on.

If motion sensors are designed to detect stationary bodies, they would invariably detect movements spurred by heat, such as the heat being emitted from a concrete sidewalk at night. This means that the motion sensor lights will always be on.

So, it is an excellent idea for motion sensors only to detect quick movements. They will be able to distinguish between motions triggered by the human body and those from different energy emissions sources.

The primary reason motion sensor lights are able to detect movements on a wide range is because of the plastic lenses they are fitted with, which helps them to emit infrared energy. The light can be diffracted or spread out to focus on different areas. Motion sensors are less advanced than 2D type sensors and can cover more areas. 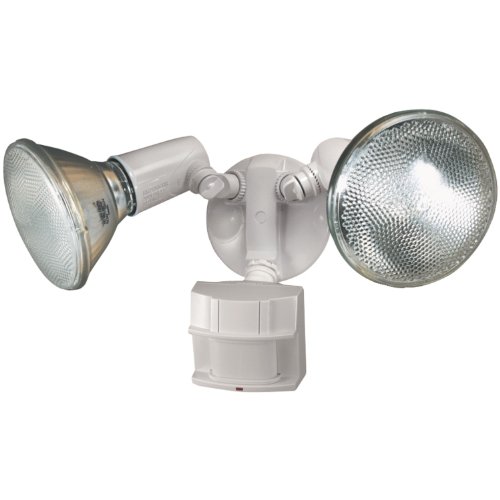 How Effective is a Combined Motion Sensor Light?

Motion sensor lights are quite useful in a number of ways. For one, you can install them at the front and back of your property. This way, you won’t be left in the dark when you get home during the night.

Motion sensor lights deter intruders from gaining unauthorized access into your building. It will be foolhardy for someone to break into your home when they know that they are being monitored.

So apart from providing illumination to your building, motion sensor lights help improve security. You can also install them in your storage units or garage, where you also need adequate security at night.

However, motion sensor lights come with different challenges. But if you know what you are looking for and what specifications fit your security needs, you will be able to reduce the drawback of these products.

Microwave motion sensors give off microwave signals while measuring the rate at which they bounce off different surfaces. While they are suitable for detecting rapid movements around an area, they swallow up a large amount of energy. For this reason, they are fitted with On/Off modes. 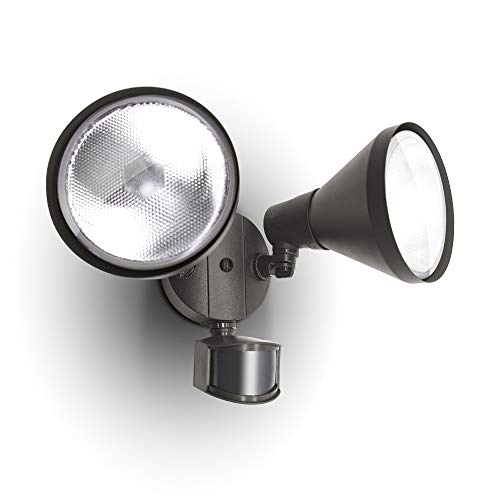 Video: Quick Look on How a Motion Sensing Circuit Works

Check out this video to see how motion sensing circuits function…

How Does a Night Vision Goggle Work?

Night vision goggles have two modes of operation, depending on the type of technology used in manufacturing them. The first mode of operation of night-vision goggles is that they work by taking in tiny rays of light. This is mainly from the infrared light radiation spectrum that is not visible to the human eye.

They then amplify these light rays to a level in which they will be visible to the human eye.

The other way night vision goggles operate is via thermal imaging. It works by receiving the upper portion of the light spectrum and then emits it as heat instead of reflecting it as light. The hotter an object, the more reflective it is. So warm objects will be more reflective than cooler ones such as buildings or trees.

Most stores are equipped with photosensors that beam on different areas of the building. If someone smashes the beam, the intensity of light transmitted will drop, thus triggering the bells to ring.

If your store is equipped with an automatic opener, which can tell if someone is close to the door. This is only possible because of the microwave energy that is sent to the door and reflected when it detects movement. If someone is under the transmission area of microwave radio energy, the level of reflection drops.

Since most motion sensors make use of radars in detecting motion, they are sometimes called radar detectors. Apart from using microwave radar energy, ultrasonic sound waves can also be used since they can bounce off and return an echo.

All the sensors mentioned above are not passive. They either inject microwave, sound, or microwave into your surroundings so they can record a slight change in energy transmission. Unlike photosensors, motion sensor lights are simple to construct and operate. 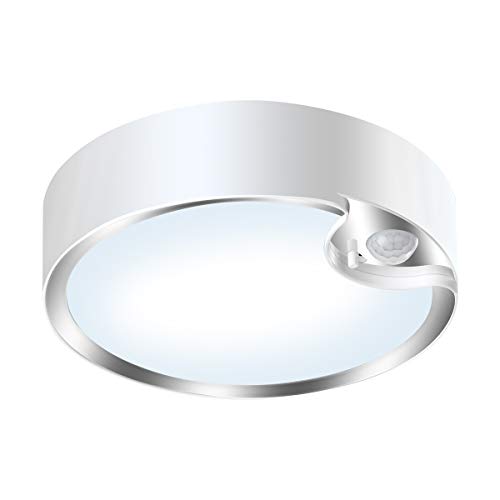 What is the Wavelength for Near-Infrared Motion Sensor Light Work?

For visible lights, red is the lowest, while violet is the highest in the light energy spectrum. And closely related to this visible light is what is known as the infrared light spectrum.

How Does a Thermal-infrared Light (thermal-IR) Work?

This type of infrared light takes the highest portion of the infrared light spectrum. The wavelengths are usually between 3 and 30 microns. What sets thermal-IR apart from Near-IR and mid-IR is that it is reflected from an object rather than being emitted by it. This reflection is made possible by the atoms present in the object.

Now, moving over to atoms, they are always in motion, either in the form of rotation, vibration, or movement. In fact, the atom in a heavy-duty office table that is screwed to the floor is in motion. When atoms are excited, they can even be in motion in their solid-state.

If a large amount of energy is applied to atoms in a stationary body, they will move from their ground-state to a high state, which is known as an excited-state energy level. The excitation level is largely dependent on the energy applied the atom has via electricity, light, or heat.

The fact is all living, and non-living things use energy. So, they consume energy, however little it may be. This energy consumption will then generate heat, which in turn makes all atoms in a body to give off photons. The hotter a body is, the shorter its released infrared photon wavelength.

Motion sensor lights can help to light up and secure your building from intruders at night. Once someone is in the field-of-view of a motion sensor light, the sensors, which are operated by sound waves, microwaves, or infrared light, will be able to detect the movement and automatically switch on its light.

A motion sensor light can be powered by electricity, batteries, or solar panels. But the electric-powered sensor lights are usually the cheapest.

Do Lights Set Off Motion Detectors?

Lights can set off a motion detector if it uses infrared radiation. The temperature of light changes rapidly and causes the motion detector to trigger in the process. A motion detector that uses an image comparison system can also be triggered when there is a rapid change in the luminosity of light.

Why Do PIR Sensors Fail?

PIR sensors fail mostly because of unstable voltage. If the voltage running through a PIR sensor is not up to 13VDC, it will fail in a matter of time. Also, if the heat/temperature changes are too sudden, the PIR motion sensor may fail. Rapid changes in temperature are usually caused by pets, boilers, and mailboxes.

When white light blinds the sensor, it is also bound to fail. So, ensure that only PIR sensors with authentic white light filters should be bought. Air convection in a PIR sensor is the last cause of false alerts.

A night vision camera has the ability to penetrate glass. This type of security camera is usually placed indoors and can see through obstructions such as glass, wall, and blinds. But before a night vision camera can penetrate glass, the status light and infrared radiation have to be switched off. This is to prevent the reflection of the window and provide more clarity.

Although night vision cameras can see through walls, only the high-end ones have such capabilities. Also, the wall must be thin for it to penetrate.

How Do I Know if a Motion Sensor Light Battery is Low?

Motion sensor light systems should be tested at least once in two days to have an idea of the battery level. A beep sound can be set as a means of notification when the battery is down.

How Do I Change the Battery in My Alarm Sensor?

The next thing is to reactivate the alarm sensor by opening and closing its window until it gives off a low beep. Lastly, remove the sensor from the test mode.

We have affiliate relationships with the providers (Amazon, Clickbank, etc) of the products, goods and services that are linked to on this page and may be compensated when you buy. But do note that it doesn't increase the cost of the products to you in any way or determine our verdict on a product/service.